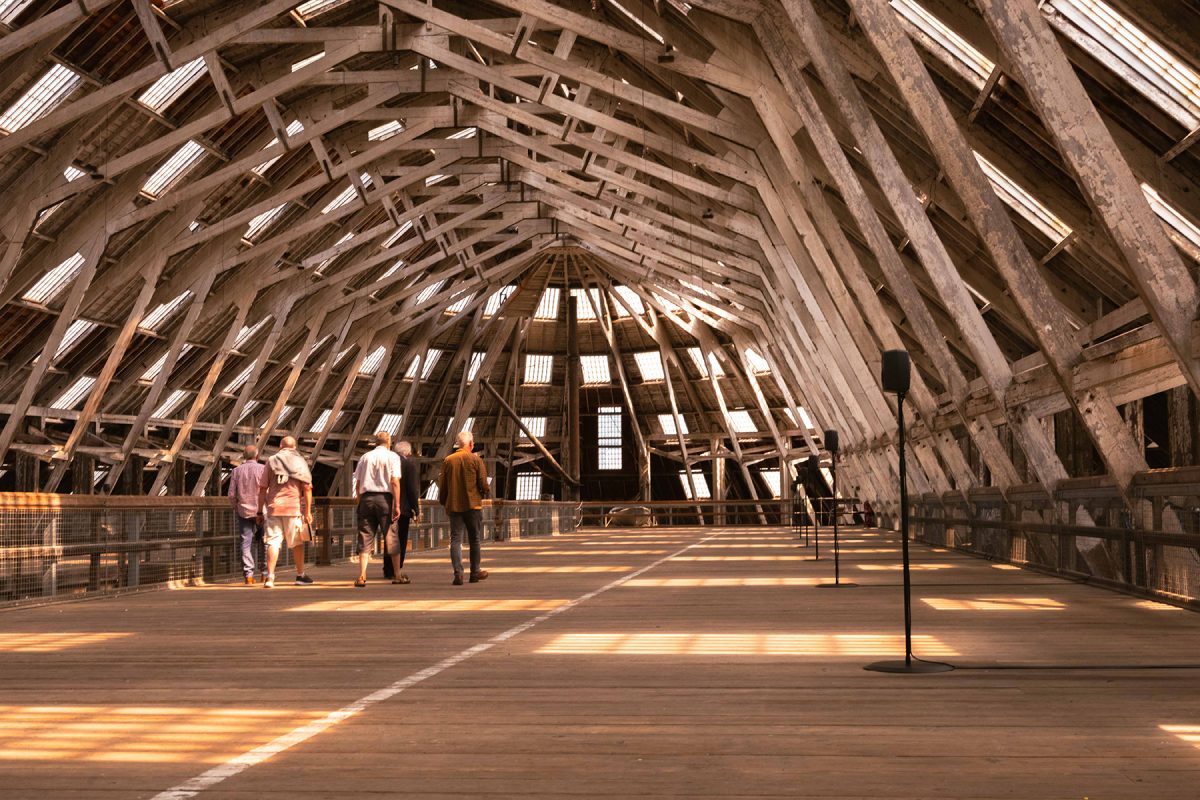 Phil Coy’s Grain is a disembodied sound score for an unseen film.

Assembled from interviews and multi-channel audio recordings made at sites along the Thames Estuary, the sound installation is designed to create a sonic equivalence to the peculiar shifting landscape of the aggregates industry. Here materials formed over millennia, on a gradual passage to the bottom of the ocean, are dredged up and deposited back onto land. Once there they commence a negentropic journey through the construction industry, rising back up into the buildings and architectures that surround us.

As with Phil’s previous film scores and sound works, Grain is not linear but generative, being altered by the presence of its audience. Their movements trigger divergent voices; an ophthalmologist describing gene therapies developed from the genetic code of Zebrafish to restore damaged human retina; testimonies describing a gradual loss of vision from the partially sighted, and marine biologists describing the phenomena of ‘coastal darkening’ – which shows human activity to be the cause of increased turbidity in marine environments, inhibiting the vision of marine ecologies.

Grain describes a blurring of vision, the indistinct horizon between sea and land, and an environment subsumed by industrial processes.

This immersive work was installed within the ‘No 3 Covered Slip’ in Chatham’s Historic Dockyard, whose mansard-shaped roof space gives visitors the impression of walking through the cavernous hull of an upturned ship, as part of Estuary 2021.

Grain is a disembodied sound score for Phil’s forthcoming film, Grit. The film will be accompanied by a film reader, featuring William Fowler, writer and Curator of Artists’ Moving Image at the BFI National Archive, exploring how the film’s ‘amphibian vision’ presents a resetting of historic ways of looking through its links to the history of experimental film and cinema.

An abridged version of the reader, including an Afterword by Phil, is available to read in our journal.

Commissioned for Estuary 2021 and made possible using public funding by Arts Council England, and with support from the University of Hull, Moorfields Eye Hospital, and The Historic Dockyard Chatham.