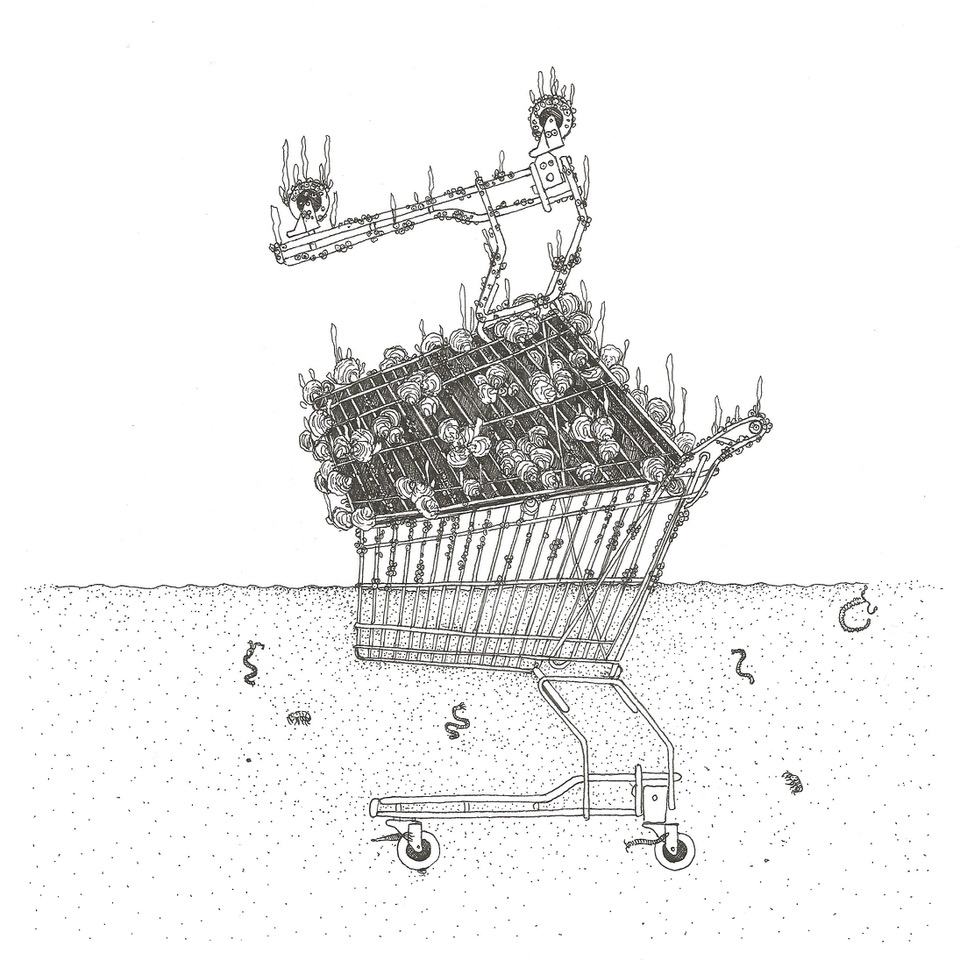 Something & Son, Trolley Reef, 2020. Image courtesy of the artists.

The idea plays with the common sight of seeing the legs of dumped trolleys sticking up out of our waterways, something which has become a symbol of society’s disconnect and disregard for nature. Supermarket trolleys are also the end point of an industrial and global agricultural system that is destroying ecosystems worldwide. Trolley Reef will turn these negative connotations into a positive by taking discarded trolleys and turning them into a new oyster reef.

The trolleys will be used in the same way as the traditional oyster culture cages which grow new reefs, holding the oysters while they grow.  This new reef will actively help to create a new ecosystem, and build new relationships between people and ecology.

Something & Son is Andy Merritt and Paul Smyth. Something & Son explore social and environmental issues via everyday scenarios crossing the boundaries between the visual arts, architecture and activism. They create permanent installations, functional sculptures and public performances that build communities and ecologies and force a reappraisal and understanding of some of the biggest social and environmental issues of our time. Their work often takes the familiar as a starting point from which to rethink our notions of physical and social structures including farm shops, restaurants, churches, shrines, bathhouses, jewellery stores, factories, fashion stores, recording studios and the stock exchanges.