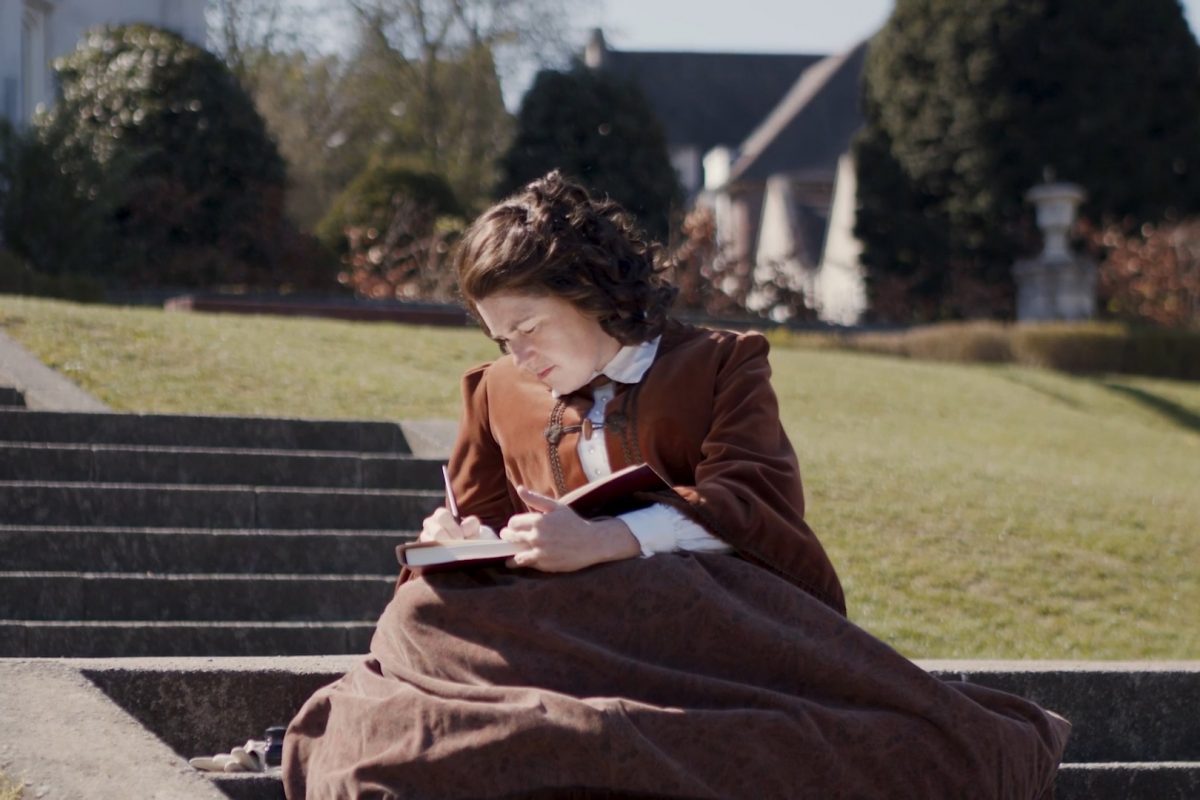 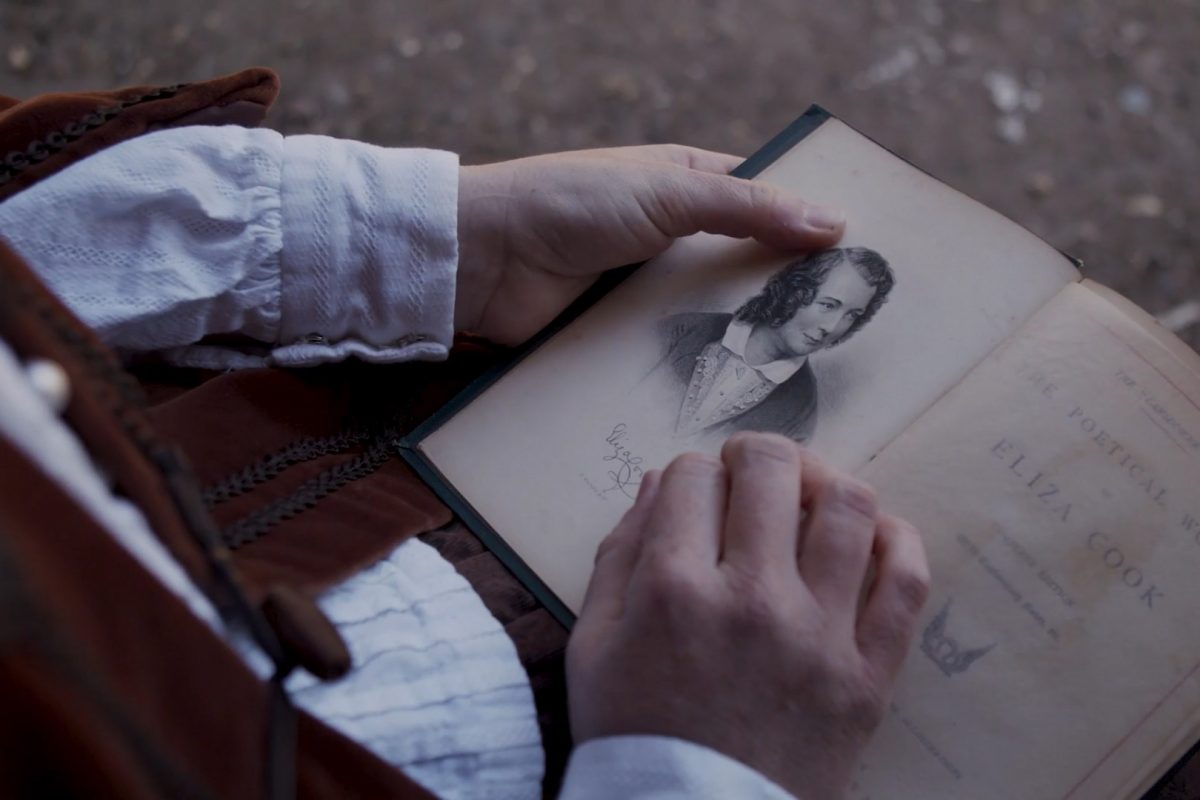 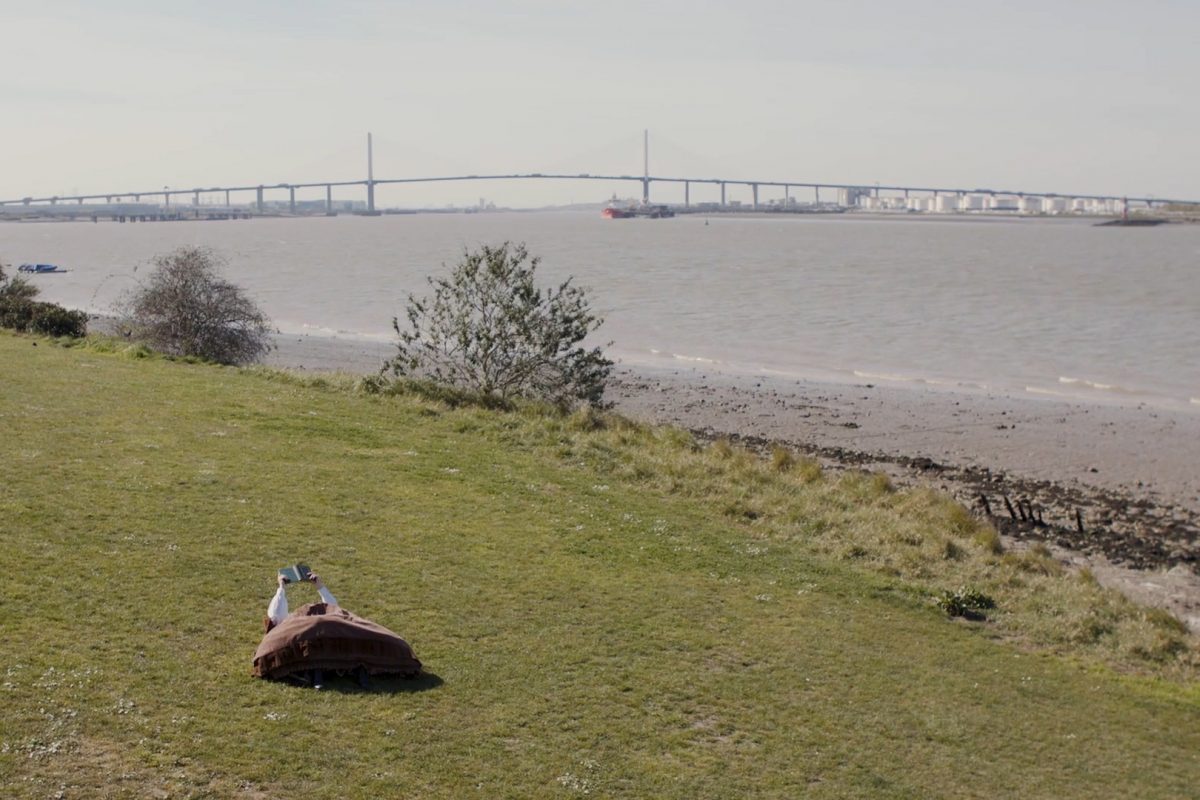 Amy Pennington’s ELIZA is inspired by nineteenth-century poet and social essayist Eliza Cook and features Amy performing a short piece to camera on the steps of Ingress Abbey in Greenhithe, where Eliza stayed and a number of her works were written.

Self-educated as a child, Eliza published her first poetry collection aged 17, and went on to receive worldwide recognition writing poems, social essays, and her own radical bi-weekly publication Eliza’s Journal. An important figure in queer history, Eliza spent much of her life campaigning for political and sexual freedom for women, bucking gender stereotypes herself by dating women and favouring men’s clothing. A passionate believer in social justice, Eliza became known as the ‘poet of the working classes’ believing that everyone had the right to an education.

With the vast and rapid development of the surrounding area, the imposing and stunning Ingress Abbey now stands – unusually – within a large housing estate, prompting questions around change both socially and geographically.

ELIZA was shown online as part of Estuary 2021, and was developed through a This Must Be the Place micro-commission, responding to Ebbsfleet Garden City and its communities.