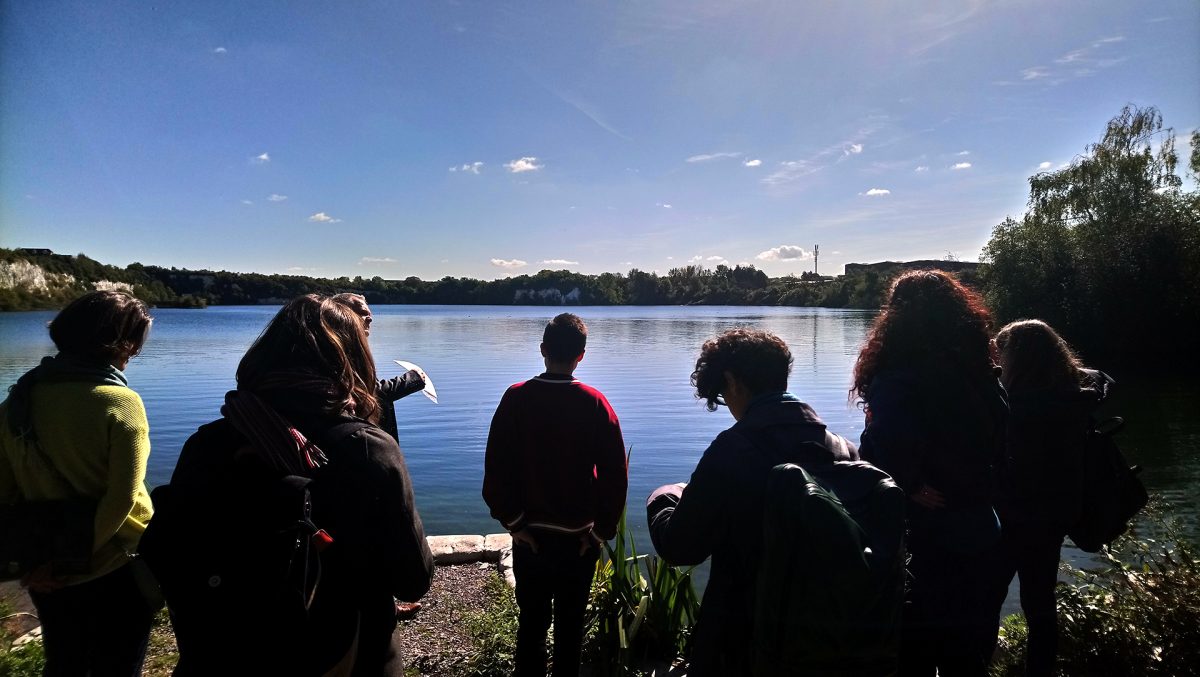 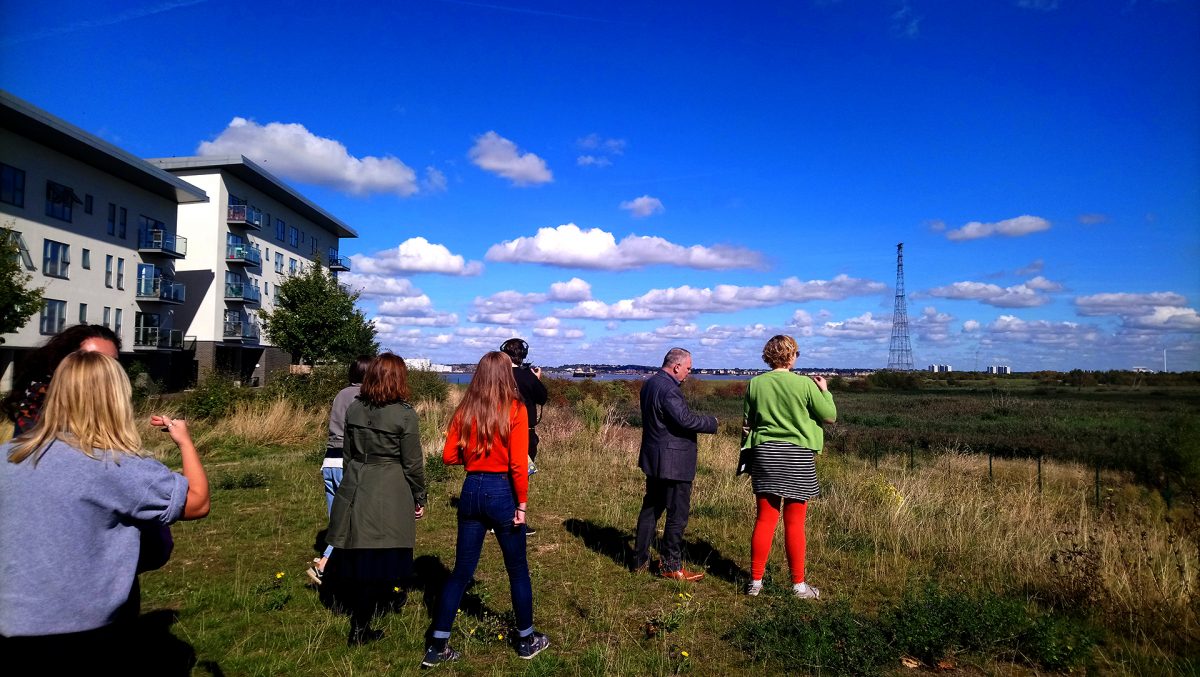 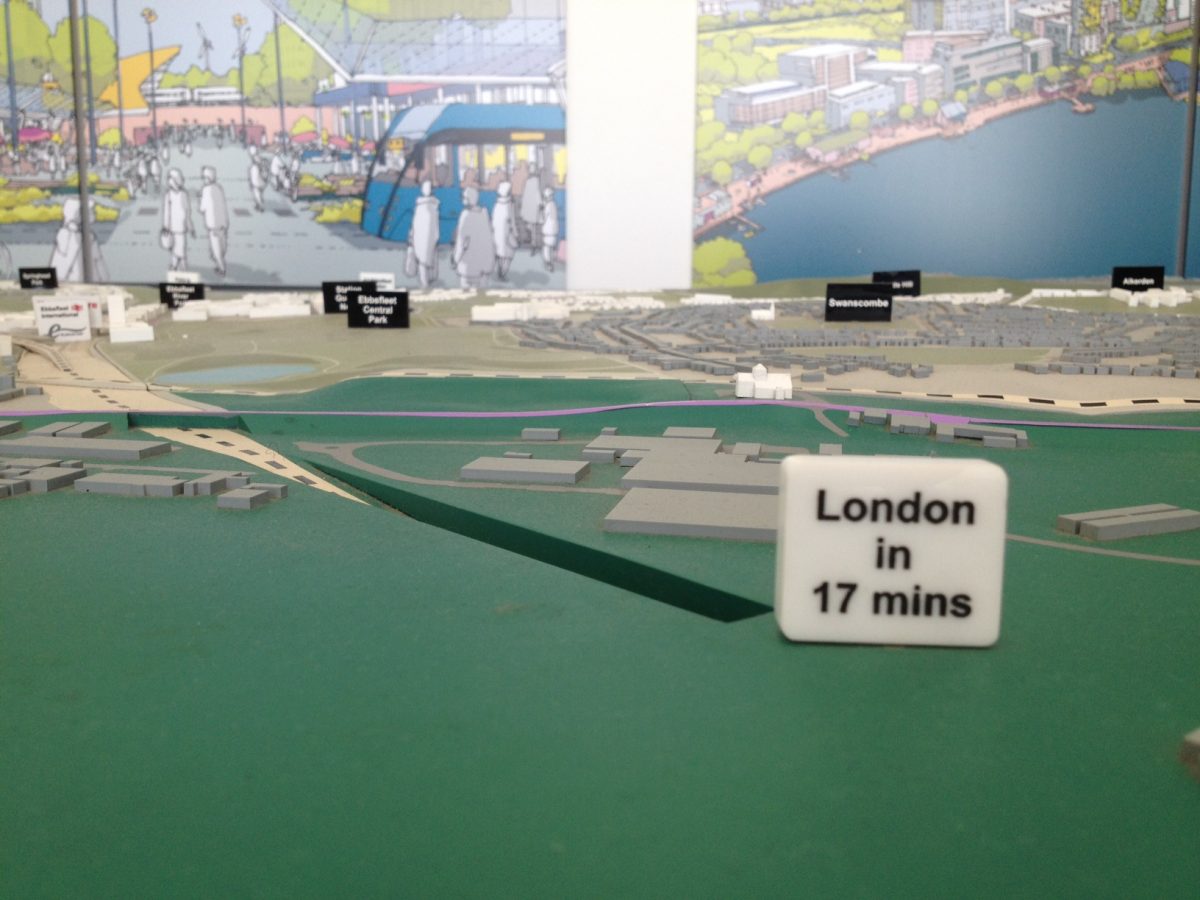 A New Career In A New Town was a week-long project, devised by Ania Bas, exploring the performative potential of co-produced text in the context of a new town being built on the banks of the Thames in North Kent.

The workshop offered an opportunity to consider the question of relocation and through text examine some of the ‘what-ifs’ that cross the mind of those who question life and practice in the metropolis: What if I left the city? What if I bought/rented my own place? What if I got to know my neighbours? What if I worked less? What if I prioritised my wellbeing? What if I commuted?

The participants in the project were invited to approach the Ebbsfleet Garden City development as a site from which to respond to these questions. On the first and last day of the project the group gathered in the Gravesham district (which the Ebbsfleet development is part of), using local research materials to explore the area’s history and future, taking part in tours and workshops, exploring editing and critique alone and as part of a group.

On day one, the group went on a guided tour of the Ebbsfleet Garden City. Following this they took part in an afternoon workshop introducing a number of literary tools to engage with texts and create new ones, led by Sally O’Reilly.

Over the next five days the participants worked from home to respond to a series of provocations set by Bas. These used material from local sources, from history and guide books to property search engines as material from which to respond. The participants wrote both alone and in collaboration, using SMS, e-mail and WhatsApp as tools for sharing and editing work.

On the final day, the participants gathered in the cafes of Gravesend where they broke into smaller groups which each employed different model of critique to review the texts that they had written. Later, they joined Kit Caress to explore the role of editing, before making written interventions into each other’s texts.

The group intends to continue working together.

A New Career In A New Town is part of DIY:15, a Live Art Development Agency Project. DIY is an opportunity for artists working in Live Art to conceive and run unusual training and professional development projects for other artists. 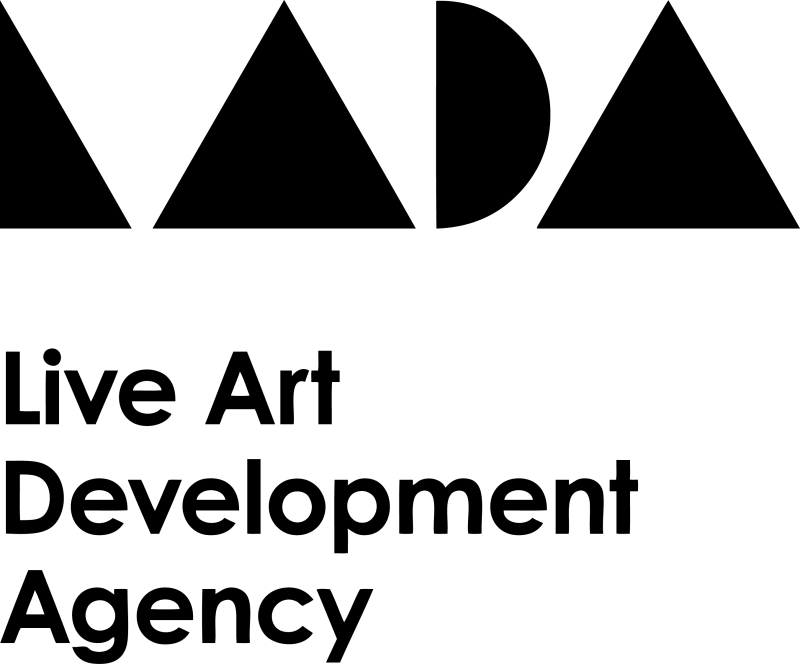 Download the A New Career in a New Town E-book, which acts as a manual for the workshops and collects the participants’ texts.