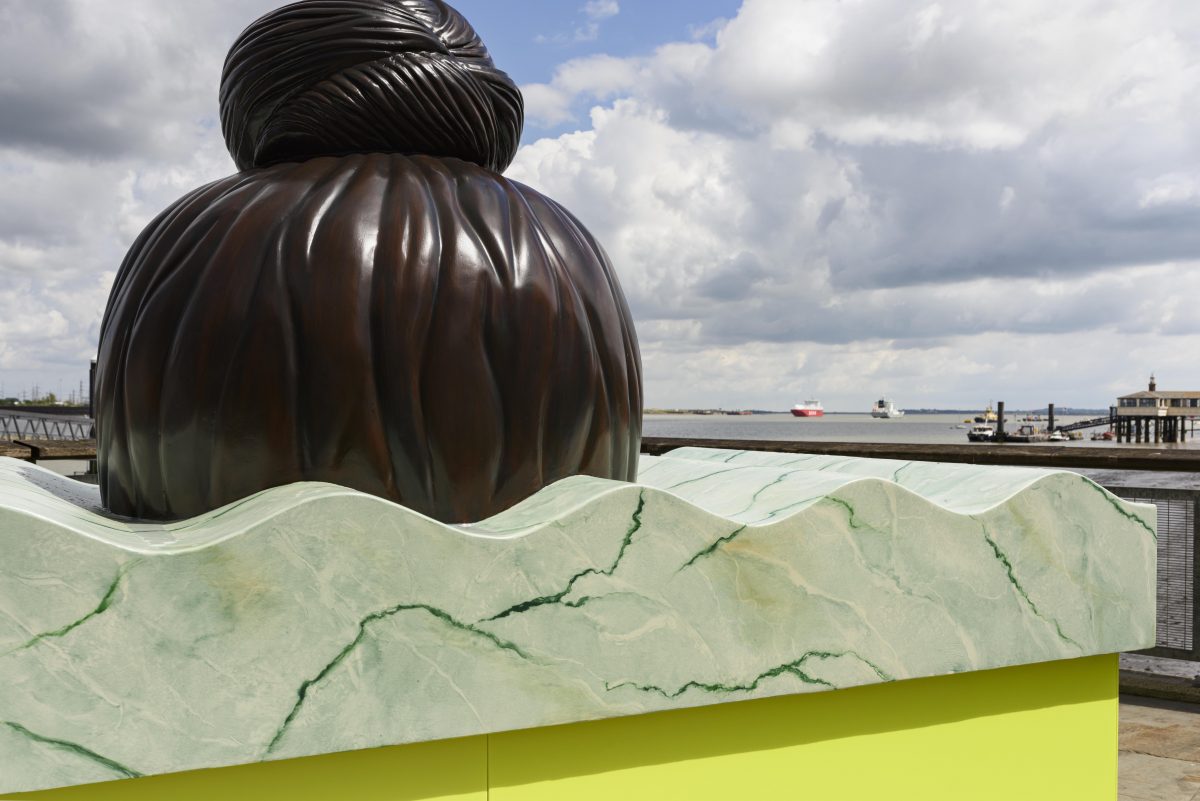 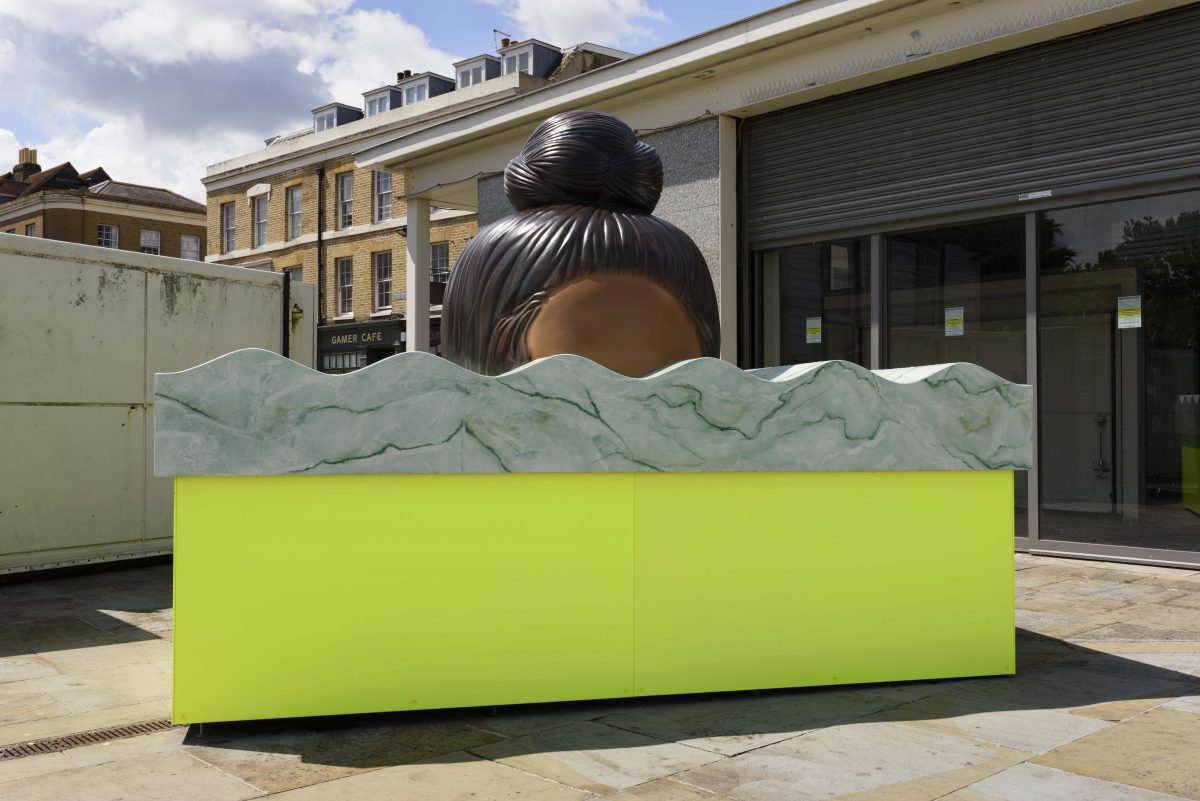 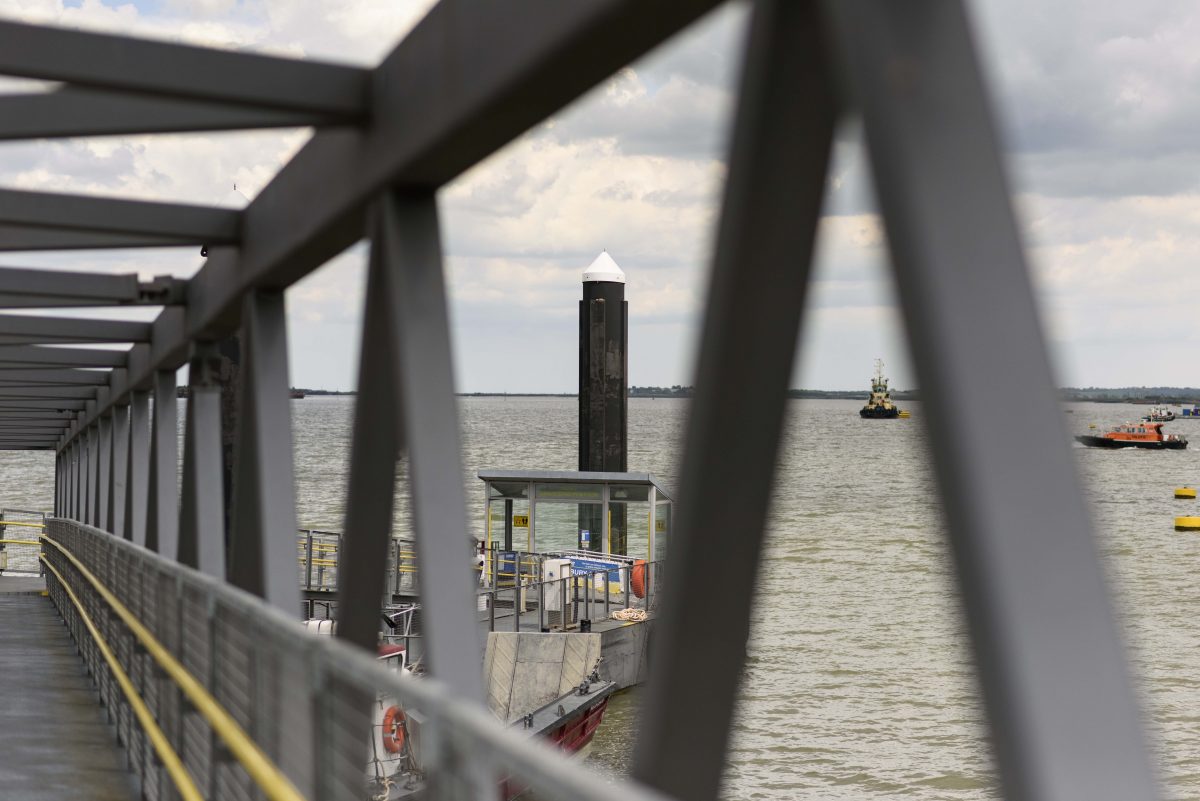 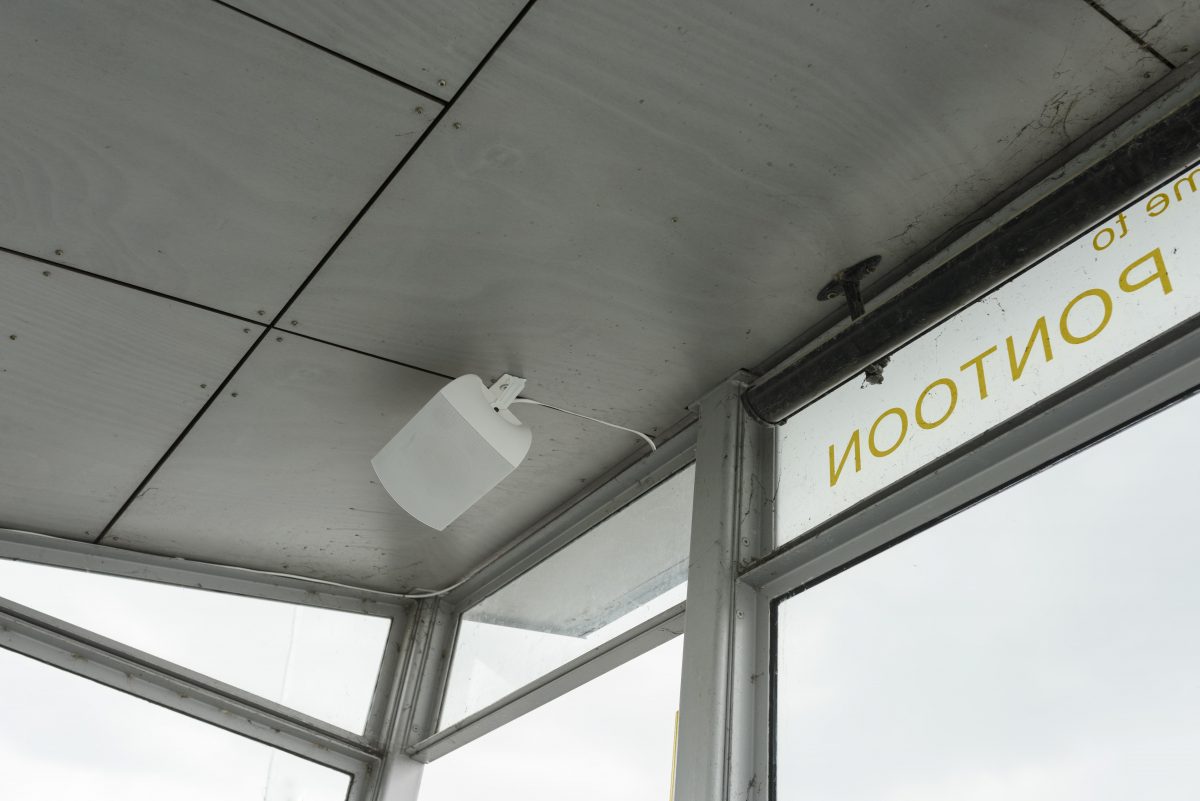 The first thing I did was to kiss the ground is part of the England’s Creative Coast Waterfronts commissions – seven site-specific artworks along the South East coast. Cement Fields are working with Jasleen Kaur to create a new artwork for Gravesend, which also forms part of Estuary 2021.

Jasleen Kaur’s art is an ongoing exploration into the malleability of culture and the layering of social histories within the material and immaterial things that surround us. Her practice examines diasporic identity and hierarchies of history, both colonial and personal.

The jumping off point for Kaur’s Waterfronts work is Gravesend’s rich and complex history of migration. Situated on the mouth of the Thames, the town connects London to the rest of the world and was the first point of disembarkation for West Indian immigrants arriving in the UK aboard the Empire Windrush in 1948, experiencing a further wave of male settlers from ex-colonies in the ’50s from ex-colonies. Since then it has been home to a large Sikh community with whom Kaur has collaborated closely in realising her commission.

The first thing I did was to kiss the ground is a work in two parts: a sculpture and a sound-piece that will be sited close to one another right on the water’s edge. The sculpture is a large-scale semi-abstract form resembling a Sikh head that takes its inspiration from the decorative processional ‘Palki’ floats that feature in Sikh celebrations. It represents, Kaur says, “a cognitive space … of these other ways of thinking, these other ways of knowing.” Its elements collide multiple points of reference: a graphical weave of water is painted to look like marble, echoing the faux marble render of the nearby Gurdwara temple and the prevalence of faked veneers in migrant aesthetics; while its long top-knotted hair evokes the unassimilated Sikh identity of uncut sacred hair — often cut by early migrants to counter racism but reclaimed post Operation Blue Star in 1984 in solidarity with Sikhs in India. Kaur’s work explores the cross-pollinations and nuances of diasporic experience through the fluidity of its aesthetics, allowing different symbolisms to overlap.

Kaur’s sound-based work grew out of time she spent in the local studies archive of Gravesend library gathering information about marginalised communities, in particular feeling a kinship to the Gravesend’s Saheli Women’s culture of “supplementary schooling to learn mother tongue, prayer, thought, instruments and religious song” — things which Kaur, a third-generation Punjabi immigrant says “have scaffolded my upbringing and heritage.” Her piece explores the Saheli Women’s histories through their sound culture, working in collaboration with the sound artist Ain Bailey to conduct a series of listening workshops with members of the group. “The idea,” explains Kaur, “is that it will be a multiplicity of archival sound, gathered voices, musical text: something that has the potential of crossing over temporalities and geographies — as the individuals themselves do daily.”

The work will be located off land on Gravesend pier, its sounds overlapping with those of the Thames. Its stories of the Saheli women will be listened to while moving with the water and immersed in a landscape where, Kaur says, “you feel the weight of its history….There is a small passenger ferry taking you across to Tilbury Dock, you can see the old Cruise Terminal building and the flag-post compete with Union Jack flag. So there are all these reminders, in amongst the industrial functioning landscape, of another time and place: when migration was welcomed and bound up with rehabilitating a post-war Britain.”

England’s Creative Coast is led by Turner Contemporary and Visit Kent, and principally funded by Arts Council England and VisitEngland through the Discover England Fund.

Cement Fields would also like to thank Gravesham Borough Council.

England’s Creative Coast is a landmark project between seven outstanding arts organisations to create a new outdoor cultural experience that connects art with landscape and local stories with global perspectives. It brings together the Waterfronts commissions, curated by Tamsin Dillon, and the world’s first art GeoTour, with each partner presenting their own section of the project and a local engagement programme at its heart.

Cement Fields presents Jasleen Kaur: The first thing I did was to kiss the ground
Gravesend, 22 May – 12 November

Towner Eastbourne presents Mariana Castillo Deball: Walking through the town I followed a pattern on the pavement that became the magnified silhouette of a woman’s profile
Eastbourne, 29 May – 12 November

Jasleen Kaur was born in 1986, Glasgow, and lives and works in London. Her recent commissions include Wellcome Collection, UP Projects, Glasgow Women’s Library, Market Gallery, BALTIC Centre for Contemporary Art, Eastside Projects and Hollybush Gardens. Kaur’s work is part of the permanent collection of Touchstones Rochdale, Royal College of Art and Crafts Council.