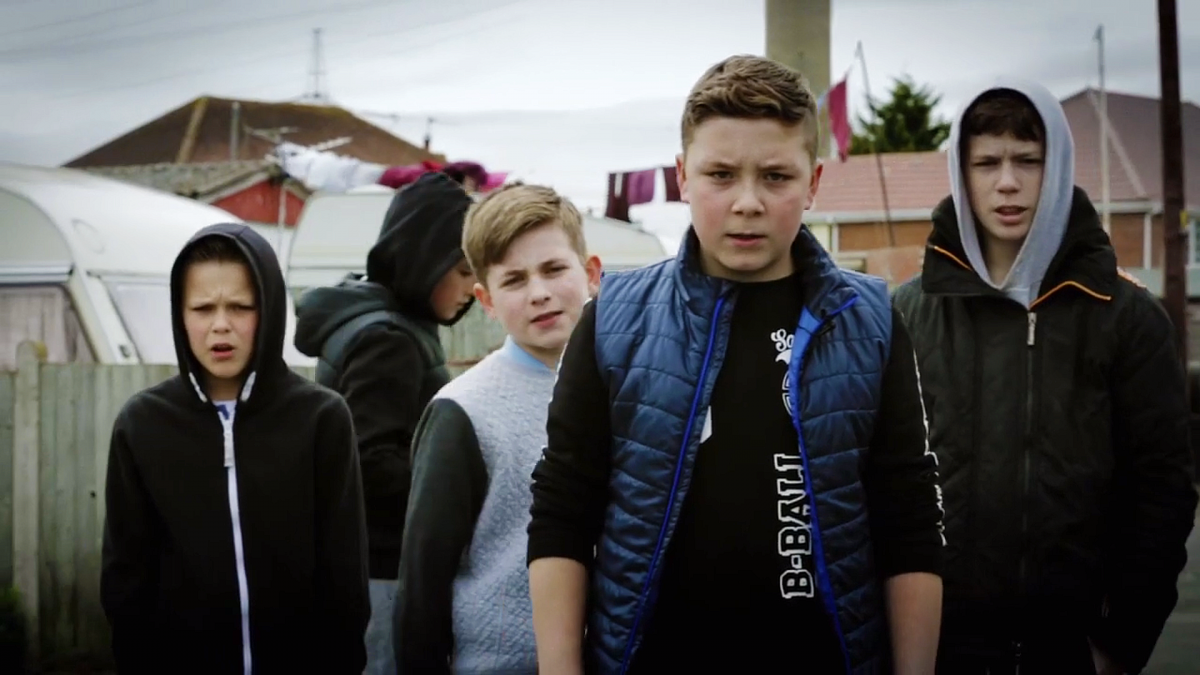 Mikhail Karikis, Ain't Got No Fear, 2016 (production still). Image courtesy of the artist.

For his new film Mikhail Karikis worked for almost a year with teenage boys from the Isle of Grain – a stark and sparsely populated Kentish marshland dominated by industry, military ruins and rare wetland birds. Centred around the boys’ performance of a collaboratively composed rap song, that is also a rackety reclaiming of a local site where youth raves were recently shut down, the film presents the immense site as it is defined by childhood adventure, conjuring up secret hideaways and creating a form of spatial justice determined by the logic of play and friendship. Using as their beat the persistent crushing noises of the demolition of a neighbouring power plant, the boys of Grain rap about their lives presenting glimpses of teenage diaries, spanning their memories of being younger to their visions of the future.

The very first screening of the film took place in Grain Village Hall, before the work was shown at Whitstable Biennale 2016. Since then it was been shown worldwide in exhibitions and film festivals.

Meet at Grain Village Hall, Isle of Grain, Rochester ME3 0BY