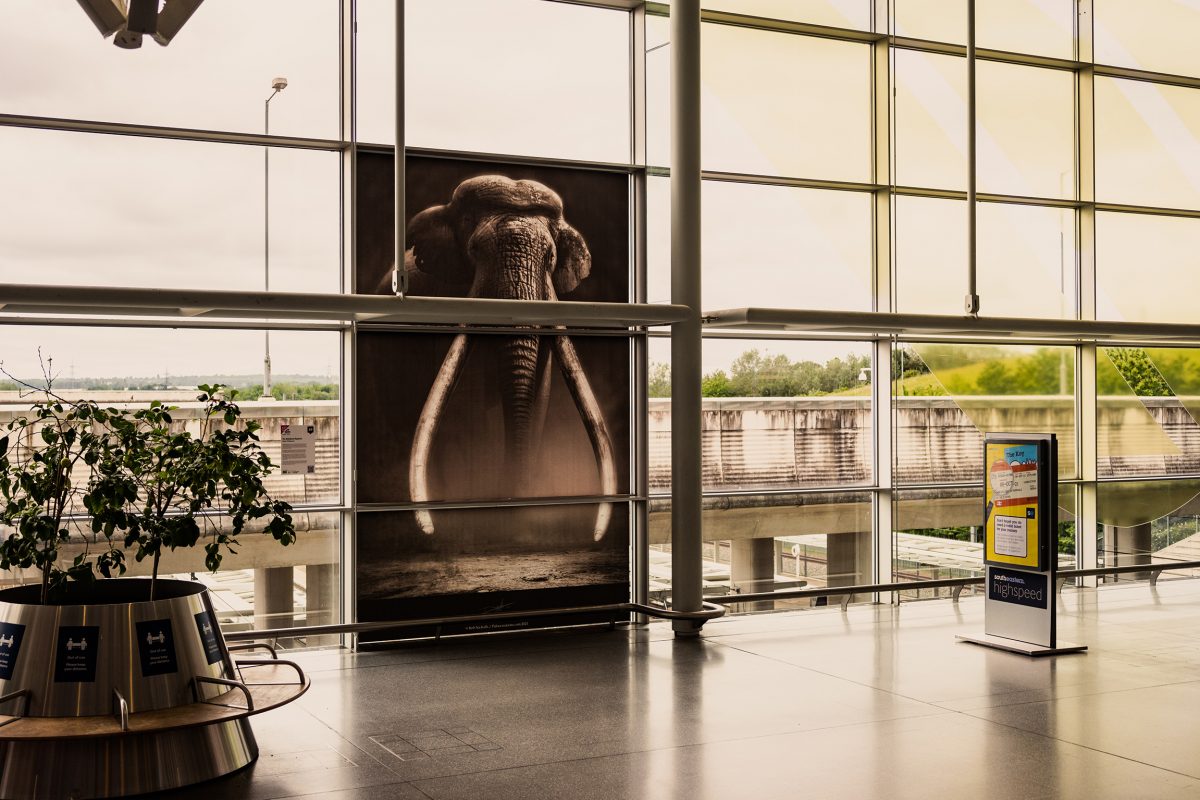 Emily Whitebread’s The Ebbsfleet Elephant is an audio-visual work that looks at, and attempts to reconstruct, a prehistoric elephant whose fossil remains were discovered during the construction of Ebbsfleet International Station.

The elephant (Palaeoloxodon antiquus, straight-tusked elephant) lived in what is now Britain during the Lower Palaeolithic period – the prehistoric period during which stone tools were made by humans.

The challenge lay in the fact that the information surrounding this interglacial period is provisional and fluid – it encompasses many different fields, which makes it fascinating but also difficult to grasp. Which species of human ancestor lived in Britain at the time is also unknown, as few contemporary hominin fossil remains have been found. There is no direct evidence as to how the Ebbsfleet Elephant died, but it is suggested that it may have been hunted and killed by the hominins of this period as it was found surrounded by flint tools used for butchery.

Emily’s attempt to reconstruct the Ebbsfleet Elephant included work with an archeologist, a geologist, a historian, a paleolithic artist, a biologist and anthropologist. The closest living relative to the Palaeoloxodon antiquus is the African Elephant, and she was donated contemporary audio for the work by sound recordist Chris Watson, and the Elephant Listening Project at Cornell University, USA.

The Ebbsfleet Elephant was installed at Ebbsfleet International Station as part of Estuary 2021, and was developed through a This Must Be the Place micro-commission, responding to Ebbsfleet Garden City and its communities.